After graduation in 1985, I returned to Regina and began work at Lakewood Animal Hospital. The media attention given to alternative and complementary medicine in recent years led me to investigate options for my patients’ health care. A colleague in Nova Scotia who has been practicing holistic medicine introduced me to homeopathy. After 4 years of study, I became certified with the Academy of Veterinary Homeopathy in September 2003.

A Short History of Homeopathy

Dr. Samuel Hahnemann was a German physician and chemist living in the latter half of the 18th century. He was uncomfortable with the state of medicine at the time as he felt it inflicted needless suffering on those it was meant to assist. While taking an absence from practice he supported himself by translating medical texts. During this translating he read of a method of treatment which could be considered fairly crude homeopathy. He tried remedies on himself and his family. As his curiosity increased so did his devotion to the development of the science of homeopathy. He spent years collecting information on remedies, compiling references on symptoms and remedies, and writing texts on the principles of homeopathy, which stand today.

Dr. Richard Pitcairn graduated as a veterinarian from UC Davis in 1965. He began practicing small animal medicine shortly after graduating and was anxious to apply all he had learned to heal his sick patients. After become disillusioned with the limitations of conventional treatments he went back to university to study veterinary immunology, virology, and biochemistry. He believed that there he would learn the real secrets of the body’s defense systems. After five years of study and receiving his Ph.D. he found that the answers to his questions still eluded him.

It was at this time Dr. Pitcairn began investigating alternative medical approaches. He came upon homeopathy and was excited to learn about a system of medicine that was based on very solid principles, and a holistic approach to the body. He has successfully been practicing homeopathic medicine for the past 20 years in the United States. He began teaching veterinarians the principles and practice of homeopathy about 25 years ago and has developed the professional veterinary homeopathy course that I have taken. He also became one of the founders for the Academy of Veterinary Homeopathy. This is an organization that is dedicated to training and certifying veterinarians, educating the public, and maintaining a high standard of practice of homeopathy. This is a new field of practice, especially for Canadian veterinarians. At present there are approximately 50 veterinarians in Canada qualified to practice homeopathy, only myself in Saskatchewan.

Why Use Homeopathy for Pets?

Homeopathy can support healing of minor ailments, and can also be very useful in chronic disease. Consider homeopathy for such chronic conditions as asthma, skin disease, chronic diarrhea, and even cancer. Homeopathic remedies do not have side effects. They tend to work slowly, often bringing about an improved emotional state to our pets before physical improvement. Homeopathy will improve your pet’s general health not just physically, but mentally and emotionally as well.

In order to achieve healing, my clients are counseled on the need for the elimination of ‘obstacles to cure’. Such obstacles may be:

A patient’s ability to respond to homeopathic treatment also depends on other factors. If the patient has been treated extensively with conventional medicines over a period of time, it will cause the symptoms of the original illness to have been masked. The drugs themselves will also cause symptoms unrelated to the actual illness. All of this makes it more difficult for the patient’s system to respond, and for the homeopath to find the correct remedy for that patient.

If the patient’s illness has caused irreversible damage (pathology) to the organs it is not possible to reverse the damage. Homeopathic medicine does have the power to help maximize the function of any remaining healthy tissue and ameliorate symptoms of, for example, late stage kidney failure or cancers.

Since studying homeopathy, I have been counseling clients to feed a natural, fresh food, homemade diet to their pets. It has been amazing to see the difference in their health, with some problems subsiding, and occasionally a pet’s symptoms have healed with no other treatment! Clients report improvement in their pet’s attitude, becoming brighter, more active, and witness the development of healthier, thicker hair coats.

We are committed to providing a variety of the highest quality foods and supplements in our Nutrition Centre. We also work closely with specialty local pet stores who carry quality nutritional products.

For those interested in feeding a homemade diet, we recommend the following: Ms.Hilary Watson’s recipes and balancing each with her supplements. www.CompleteandBalanced.com

What you may Expect During Treatment

Homeopathy works by supporting the body to heal the underlying chronic illness. In most cases of chronic disease it takes half as long, at least, to treat a case as the individual has been ill.

I begin by taking a thorough history. From this information I choose symptoms which best describe your pet’s unique state. These are analyzed with the help of a homeopathic software program. A number of potentially appropriate remedies are then studied. The remedy matching the case most closely is then prescribed. At the time of the follow-up, the response to the remedy is assessed. Depending on the response I will wait further, give a higher potency of the same remedy, or change remedies. Subsequent follow-ups and remedy prescriptions will be needed over the course of long term treatment.

You will be asked to record a journal from day to day as instructed. I will need to see your pet at various times during treatment. I collect information reasonably well by phone, so some of the follow-ups are done this way.

We are closed on Wednesdays between 2-3pm for staff meetings. 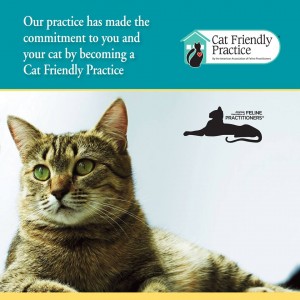